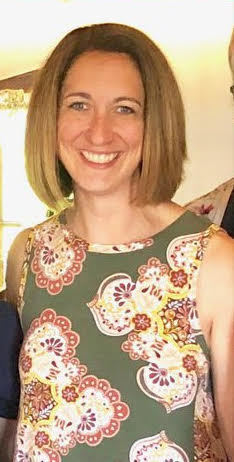 East Brookfield, MA. - May 19, 2021.  Recently, Spencer-East Brookfield Regional School District officials were notified by the Community Service Committee of The American Legion Department of Massachusetts that Mrs. Christine Lavin was selected as this year's recipient of the John Mulkern Educator of the Year Award.

According to Sally Nay, the Service Committee Chairperson,  "(We) would like to congratulate you on your nomination and selection as this year's John Mulkern Educator of the Year Award. The committee would like to invite you to the Massachusetts state convention for a presentation of the award..." Applicants for the John Mulkern Award may be male/female, veteran/non-veteran, Legionnaire/non-Legionnaire; and the Post that is submitting a candidate must have a current CPR and Post Roster on File for their candidate to be considered for this award.   Candidates for the John Mulkern Educator of the Year Award have to meet stringent criteria, which include but are not limited to: endorsement from an American Legion Post; accomplishments of the individual must be over and above his/her usual vocation; consideration will be given to someone whose activities in the field of education is far in excess of what one would expect in that field... to name just a few.

"Mrs. Lavin exceeds all of the criteria outlined for this honor. It is so well deserved and truly earned...  It goes without saying that all of us in the district are just so proud of Mrs. Lavin on not only her nomination, but her selection as the John Mulkern Educator of the Year.   Moreover, we cannot thank our local American Legion officials enough for not only endorsing her candidacy but supporting her nomination throughout the selection process with the Community Service Committee!" said Superintendent of Schools, Paul Haughey.  The award presentation is slated for early June.