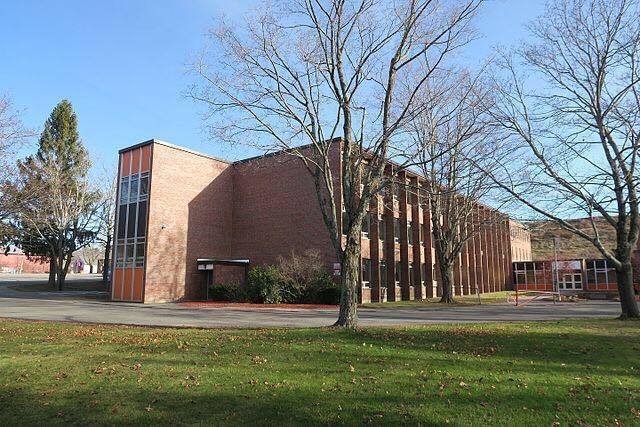 Paula Mulqueen, co-founder of Forward in Health, Sergeant First Class Glenn Robertson, member of the U.S. Army band Six String Soldiers and Lauren Herl Martens, a neurobiologist studying Alzheimer’s disease have been named Distinguished Alumni of David Prouty High School in Spencer, Massachusetts. The annual award recognizes graduates who have achieved success in careers and life since leaving the school and who serve as exemplars for current students. The awards will be presented at a school wide assembly on Friday, March 25, 2022. Honorees will address the students, focusing on the paths that led from Prouty to their current positions.

The DPHS Distinguished Alumni Awards have been presented for over twenty years to over thirty recipients. Portraits of all who have been honored hang in the foyer of David Prouty High School. The Prouty community is grateful to Spencer Bank, now Cornerstone Bank for sponsoring the program, including professional portraits, since 2007.

Paula Beer Mulqueen, BSN, RN became a surgical technician and a member of the first open heart cardiac surgery team at St. Vincent’s Hospital in Worcester. She later earned Associate’s and Bachelor’s degrees in Nursing. She has worked with veterans, indigent populations, and acute psychiatric and addicted populations. She is a certified foster parent caring for substance abused newborns and is a Covid-19 tester and injector in Gardner where she lives.

In 2001, Paula and her husband Dr. John Mulqueen traveled to Haiti on a medical mission with The Haitian Apostolate of the Catholic Diocese of Worcester, Massachusetts. They recognized a critical need for healthcare in rural Haiti, and in 2006 they founded Forward in Health (https://forwardinhealth.org/). FIH brings heath care to the people of Les Cayes, Haiti through Klinik Fonfred, a primary care clinic they opened in 2015. Paula was Vice President of Outreach and Travel for FIH from 2006 to 2020 and continues to be an advisor to FIH medical staff. Klinik Fonfred is staffed by Haitians and receives support and assistance from U.S. medical teams.

SFC Glenn Robertson participated in band programs in high school and college, moving to New York City after college to pursue a musical career. He joined the American Music Award-winning The Bomb Squad, and toured the US and Canada, performing at The Montreal Jazz Festival and as a featured Artist on John Mayer's Mayercraft Carrier Cruise. He enlisted in the US Army in 2009, becoming a drummer for The United States Army Field Band’s pop/rock group The Volunteers. In 2015, he and four other soldiers founded The Six-String Soldiers. Their dozens of videos have garnered almost half a million followers and they have been featured on Late Night with Stephen Colbert, Conan, Harry, Hallmark Home and Family, Morning Express with Robin Meade and alongside John Fogerty. Watch them perform on their website, https://www.armyfieldband.com/... and on Facebook and YouTube.

Lauren Herl Martens earned a Ph.D. in Biomedical Sciences, concentrating in Neurobiology,
from The University of California, San Francisco. Currently the Senior Director, Cell Biology at
Neumora Therapeutics in Watertown, Massachusetts, she studies neurodegeneration, or
deterioration of the nervous system, especially of the neurons in the brain, as it relates to such
conditions as dementia and disorders of the immune system. She and her team work to
develop potential drug and medical treatments that may be applied to related conditions.
Her studies of dementia and Alzheimer’s disease at several companies and academic
institutions have led to key scientific discoveries. She has been a mentor and speaker in the
Society for Neuroscience Career Development program, mentored undergraduate and high
school interns, and is an active STEM volunteer for K-12 students. She has authored or coauthored more than two dozen articles in peer reviewed journals relating to neuroscience,
endocrinology and Alzheimer's; presented at professional conferences; and received awards
and honors including recognition for her doctoral research.